Americans increasingly eat a diet high in calories and low in nutrients, particularly plant based diets (fruits and vegetables).   Supplements like EVEREST Earth & Sea Formula, 4GRAMS, and 7BASICS are designed to provide you with dense nutrition to augment what is missing from your diet.  These products are actually therapeutic in nutritional values and also contain powerful antioxidant complexes.

According to a study published in the Journal of the American Heart Association, consuming a plant-based diet is linked to a reduced risk of cardiovascular disease (CVD) during young to middle adulthood. 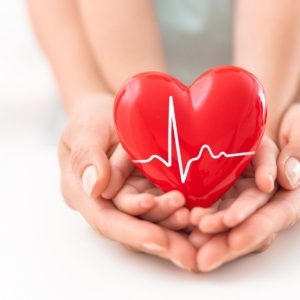 Proportional hazards models estimated hazard ratios of CVD associated with both time‐varying average APDQS and a 13‐year change in APDQS score (difference between the year 7 and year 20 assessments). During the 32‐year follow‐up, 289 incident CVD cases were identified. Both long‐term consumption and a change toward such a diet were associated with a lower risk of CVD. Multivariable‐adjusted hazard ratio was 0.48 (95 percent CI, 0.28–0.81) when comparing the highest quintile of the time‐varying average ADPQS with lowest quintiles. The 13‐year change in APDQS was associated with a lower subsequent risk of CVD, with a hazard ratio of 0.39 (95 percent CI, 0.19–0.81) comparing the extreme quintiles. Similarly, strong inverse associations were found for coronary heart disease and hypertension‐related CVD with either the time‐varying average or change APDQS.